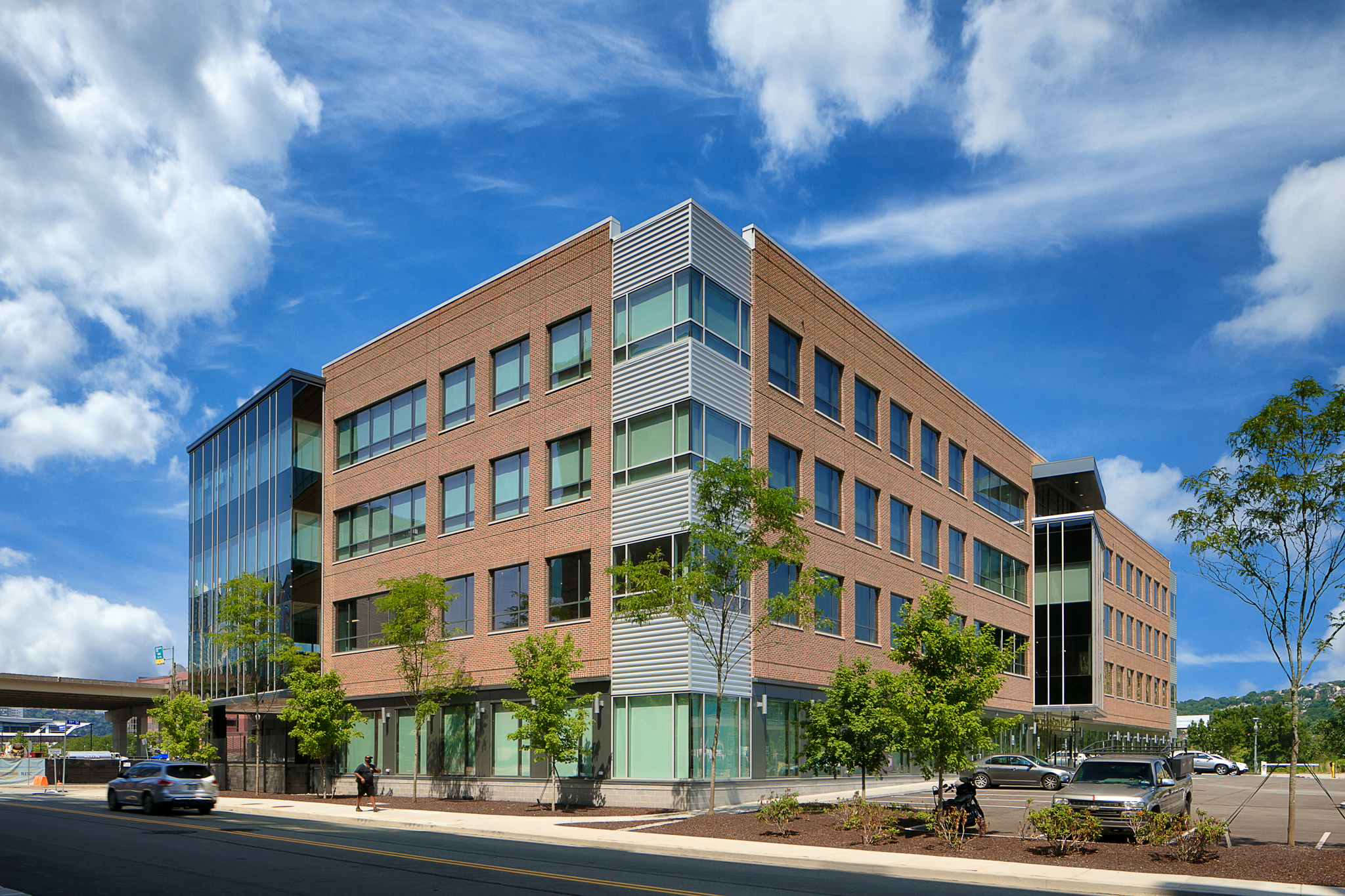 Pittsburgh is experiencing a renaissance and resurgence, the likes of which has not be seen since the early days of steel. This renaissance and resurgence has been driven by booming industries such as technology, energy, healthcare, and manufacturing. But the growth in these industries and the region’s overall economy delineate from one source – commercial real estate.

Uber, Google, Amazon, Shell, UPMC, etc. would not be able to sustain the growth that they’ve experienced without the excellence and expertise of the commercial real estate community in Pittsburgh.

NAIOP Pittsburgh is the regional association of developers, owners, investors and professionals of commercial real estate. It is a leading industry resource to foster business relationships, promote responsible development and support growth of the region through education, leadership and advocacy. Every year, NAIOP Pittsburgh pulls together over 900 commercial real estate professionals at the NAIOP Pittsburgh Annual Awards Banquet to celebrate those within the industry that have exemplified excellence and helped fuel Pittsburgh’s growth. This year will mark the 27th year of the awards program.

Seven companies and one individual will be honored for their work and contributions to the region in 2019. Here’s a look at this year’s winners.

1. Developer of the Year – McCaffery

The McCaffery team has had an active presence in Pittsburgh for more than 15 years. Their presence began prior to the 2006 opening of the adaptive reuse Armstrong Cork Factory and then on to the development of Lot 24 in 2012. These developments were then followed by their development consulting, management, and leasing in partnership with Oxford Development on The Yards at 3 Crossings in 2016, and most recently Coda on Centre which opened in 2018. In total, McCaffery has developed, leased or managed 868 apartments in the city of Pittsburgh, in turn showing their dedication to the community by developing places which bring people together

In 2019, McCaffery broke ground on their largest project in the city, the redevelopment of the historic Produce Terminal into the Strip District Terminal and the building at 1600 Smallman. What was once a mostly-vacant building stretching five blocks, will soon be 160,000 square feet of new shops and restaurants, as well as interconnected walkways that will promote pedestrian circulation to provide access from Smallman Street directly to the riverfront. Across the street from the project, located at 1600 Smallman, the developer is transforming the former Standard Underground Cable Company site into new retail, tech office, and parking garage.

McCaffery has worked with the URA, city of Pittsburgh, and Commonwealth of Pennsylvania to bring this building back to life, creating a new hub of activity for the Strip District. Substantial completion for this project is projected for Q3 2020.

With the adaptive reuse of the quarter mile long Mill 19 at the former Jones and Laughlin site in Hazelwood, RIDC set out to make a world-class commercial and light industrial building. In contrast to the pollution produced by the original facility when it was a roll mill, Mill 19’s Phase A, as well its two subsequent phases, have been designed to be eco-friendly, environmentally sustainable and LEED v4 Gold certified.

This new corporate office project by Continental Real Estate Companies is a 180,000-square-foot, seven-story office building. Consistent with the other buildings on the North Shore, the ground level will feature restaurants to further enhance the North Shore as a destination. SAP, a German multinational software corporation, is the anchor tenant.

This 60,000-square foot, solar-powered farm has a 25,000-square-foot grow room with twice the capacity of traditional farms. Matched with the tenant’s smart design and tech, this new setting will allow them to produce and market over 500,000 pounds of produce in their first year of operation. This project was also the region’s first Opportunity Zone investment and is one of the largest investments in Braddock in decades. This development has the potential to open the door for further industrial investment in Braddock.

In addition to renovations to existing buildings in 2019, three new flex buildings were added ranging in sizes from 19,000 to 66,000 square feet. With a parking ratio of four per 1,000, these new buildings are designed to accommodate industrial users, office users, and traditional flex users. The first building to become fully leased was the largest new building in the park, this included three tenants that had all signed prior to the building shell being complete. This park is geographically located west of the city to offer easy access to I-367 and I-79.

District 15 is a LEED Certified, four-story office building that features 18-foot-high ceilings throughout the first floor “Built for the future tenants of Pittsburgh.” The building also offers many amenity spaces including a public piazza, a fitness facility with changing areas, electric car charging stations, and 150 parking spaces. District 15 will be the new home for Facebook’s regional headquarters.

Chapman Westport Business Park is the site of a new 1 million-square-foot fulfillment center for Amazon and GE’s Center for Additive Technology Advancement. This park is ideally located in Findlay Township at the Westport Interchange of PA Turnpike 576. Also, it is only three miles from I-376, the Pittsburgh International Airport, and two miles from Route 22/30. Other new developments in this 325-acre business park are two, 74,000-square-foot, state-of-the-art, industrial-flex buildings known as Building 100 & Building 200. Chapman Westport also offers additional entitled land for development that is owned and managed by Chapman Properties.

In many cases has been the catalyst to bring like-minded business, government, and community leaders together to work toward the goal of promoting and advancing Washington County.